The West Central Holstein club hosted the 2016 annual Minnesota All-Breeds Dairy Convention March 3-5 at the Baymont Inn & Suites in Fargo North Dakota. Around 150 were in attendance throughout the convention.

On Thursday afternoon before the official kick off of convention the Minnesota Holstein Association (MHA) held its board of directors meeting to discuss upcoming events and tackle current issues in the association.
Friday morning started the convention with the annual Minnesota Purebred Dairy Cattle Association. They had a great turn out of people filled with great ideas on how to improve the youth, state fair, legislative and All-Breeds Convention committees. Following the meeting was the annual PDCA awards luncheon where they recognized the 2016 Distinguished Breeders.

Following the meetings Chuck Will hosted the Minnesota Spring Convention Sale. Around 60 lots were sold with various breeds being auctioned off to the highest bidder.

The awards banquet kicked off with the Young Adult Committee embryo auction. The proceeds are used to help sponsor young adults trip to All-Breeds Convention and to put on educational events. Thank you to all who supported the auction.

Many awards were handed out at this year’s banquet. Jan Albrecht presented the Distinguished Junior Member to Lucas Plamann from Hutchinson, Minn. She also presented the Young Distinguished Junior Member award to Isaac Nelson, Sleepy Eye, Minn. Andrew Steinhagen then awarded Jill Butterfass with a special award for all of her hard work as the administrative assistant over the past years through two different executive secretaries. Presenting the Longtime Meritorious Service Award was Melvin Hackett. The recipients were Norbert (Junior) & Judy Sonnek. Pat Dickmann recieved the Longtime Meritorious Award in honor of the late Douglas Dickmann. Russ Thyen presented the President’s Award to Patti Schaefer for her dedication to Minnesota Holstein programs. John Vander Wal presented the Retiring President’s award to Russ Thyen for his years of service as President of the Minnesota Holstein Association. Person of the year was awarded to the Southwest Minnesota Holstein Club.

Following the awards Hank Van Exel spoke about the past and present of the Dairy Industry. he also included a brief history of his dairy in California.

Saturday morning started with a round table discussion with Speaker US Congressman Collin Peterson with Jerry Muzzy as the moderator. Following the early bird session the A couple of the breed associations as well as the  Minnesota Holstein Association held their annual meetings. At the Minnesota Holstein Association meeting committee reports were given by committee chairs. President Russ Thyen presented the retiring board member award to Mike Sheehan for nine years of service on the board. Resolutions were read and new resolutions were passed. Nominations were held and Ted Norling was newly elected to the board. The meeting finished up with new business. Patti presented the first stage of the new website to the members and asked members to let her know if there were any questions or suggestions for the new website.

The MHA Board of directors met at the conclusion of the annual meeting to elect officers for the upcoming year. The executive board includes president John Vander Wal, vice president Andy Steinhagen along with directors Keith Mahoney, Patti Schaefer, Kenn Mueller, Tracy Schaefer and Matt Timmer.
At the conclusion of the convention Marty Michelson read some “Cowboy Poetry” at the noon luncheon. It was an entertaining way to wrap up a great convention. 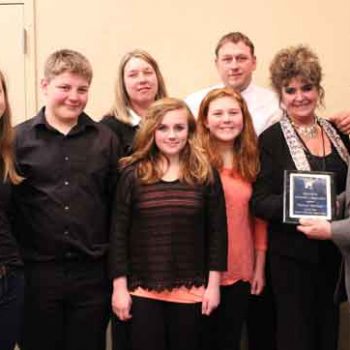 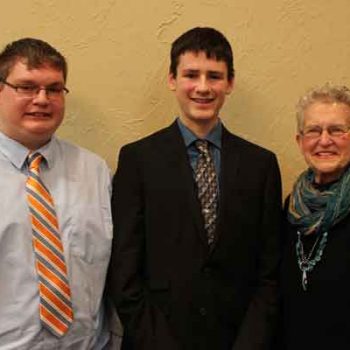 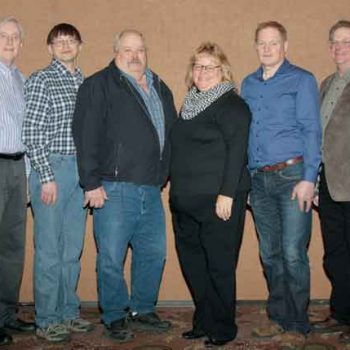 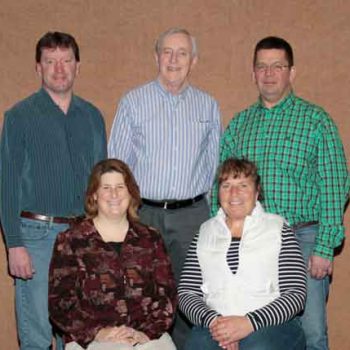 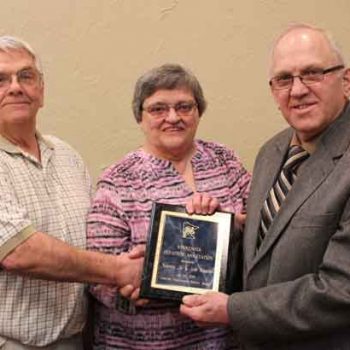